The Royal mistresses are pretty well known for the major role they have played with kings in the History. Diane de Poitiers is certainly the most famous one.

She was the “Favorite” of the French king Henry the IInd also they shared the same bed their entire life. They were so closed that she commissioned the Royal monogram engraved on her own tomb. Actually, this monogram is controversial as it is made with the H of Henry and another letter looking like a C for Catherine de Medici, the queen. Furthermore, in the same time it looks like a D for Diane. The mystery is unexplained, indeed both of them have embossed on their tomb this monogram…

Nevertheless, before being Henry the IInd mistress, she was his nanny !! Older than him, she also experimented his father’s court : Francis the Ist court. What can be better than taking the lady who taught you everything as lover?!

Portrait of Henri the IInd

Portrait of François the Ist

The gossips say she would have been Francis the Ist ‘s mistress as well. This king is still famous because he brought Mona Lisa to France and also he would have said “souvent femme varie, bien fol qui s’y fit” (often woman changes her mind, crazy you are if you trust her). He seemed to be well inquired, we can ask ourselves: where did all this wisdom come from? Perhaps from a woman herself.

Indeed, at this period of time, a lady often used to teach a man how to behave with women. The XVIthcentury has been the witness of the “roman courtois” (gentle novel) climax. Gentlemen had to court ladies in order to seduce them. As a result, it was pretty common to see a man asking to a husband the permission to declare his passion through love letters and poems to his wife. This purpose was simply platonic and this technique was used a lot by young and full of hormones men desiring more experiences.

Therefore, those ladies became “mistresses” like “masters” or professors. History kept this “mistress” nickname for every lovers a married man can have. In this case, it more certain Diane was Francis the Istintellectual lover than a physical one. Moreover, Diane was a really religious person devoted only to her husband until his death…

Favorite of Henry the IInd

Patron of Arts (the Pleiad, the first School of Fontainebleau)

Good to know: Diane de Poitiers was poisoned by herself because she used to drink decoctions with gold, considered as an elixir of life at this time. 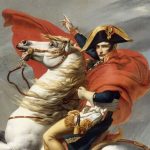